Skip to content
All the Good Scenery, Nice Sunsets, Sunrises 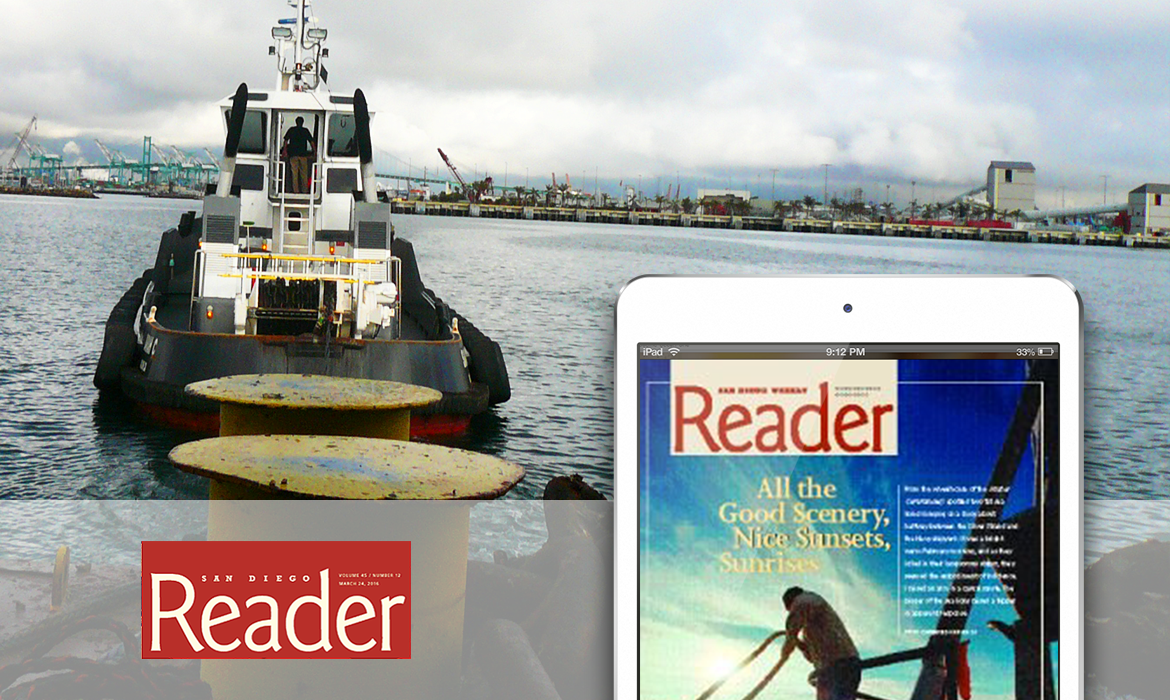 Ericson repeated each command, as did the operator of the Pacific King. Then Ericson jotted down each of his adjustments in the tug’s log.

It seemed to take dozens of adjustments before the Sirius Highway had been turned and positioned against the pier. I didn’t even feel a bump. “Queen, stop. King, stop.” Then Joe cast off his lines. There was a brisk thanks from the pilot. Once Ericson moved away from the great orange wall, everything came into perspective. There was the other tug and the bridge of the Sirius high above and the vast parking lot of the terminal that tomorrow evening would be filled with 2500 Volkswagen Beetles. Ericson turned the Queen back toward the Tenth Avenue Marine Terminal. It was foggy and the lights downtown were a multicolored glow.

Between the rusty barge pulling up old piling and the Sirius Highway came the moving of a 265-foot mega-yacht costing over $50 million and its little companion, a 230-foot mega-yacht that follows it all over the world. I was asked not to give their names, so I’ll call them Silver and Scout. Steve Frailey had described the boats to me.

“They’ve got an all-British crew and they’ve set up the Silver a lot like a cruise ship. So you’ve got these uniformed British officers and you’ve got all these uniformed crewmembers. And they’ve all fallen in love with San Diego and they’ve bought property and are building homes here and the owner is so, I guess, understanding, or he wants to keep a loyal crew, that he decides to service the vessels in San Diego. The owner himself is never here. He’s been here once, to my knowledge, and I have a long association with those two yachts. I was part of building the Scout and, in the whole two years it took to build, he showed up for about half an hour, walked through it, said very nice, and left. Besides these two yachts, he has another one that’s a hundred-footer that was also built in San Diego and it’s pound for pound the most expensive sport fisher in the world that also follows him around occasionally or they’ll ship it to the location.

“The way they’re parked right now, you’ve got the Scout next to the pier and the Silver outboard. And the Scout is going to Mexico to do some cruising down there. The owner donates it a lot to research, oceanography, so they’re going to go do something like that. But the Silver’s in the way. So we’re going to move it out into the stream and the Scout’s going to depart. It’ll involve two of our tugs, which will be cushioned with canvas and things so we don’t scratch it, and a port pilot to direct the tugs. The Scout was built to hold a seaplane that was custom-made — it’s got a launching elevator in the back for the seaplane to come in and out of the water. It also carries a high-speed little landing craft on one side — ski boats, sailboats, jet skis, big giant trampolines that inflate, a decompression chamber valued at, like, a million dollars. It’s got 27 officers just to support the yacht because the yacht can’t carry all these items they want to play with. So one follows the other. Well, that’s a simple move, but when you think of the money involved. The paint job alone, which was done here in San Diego, took about a year and cost a million and a half dollars. So it’s critical our guys do a good job, don’t scratch it, don’t dent it, be real gentle and put it back just the way we found it.”

I had gone with Frailey when he had briefly discussed the operation with the captain of the Silver, first crossing over the Scout, then onto the larger yacht. The maids and women who worked in the galleys were Asian; the crew was British. Set into the rear deck of the Silver was a small swimming pool, perhaps 12 by 15 feet, lined with small turquoise tiles, while every ten inches or so would be a gold tile. One wall of the pool was glass, which looked onto the yacht’s long dining room.

Frailey and I made our way to the bridge where we met the captain and two deck officers in dark blue uniforms — Brits in their late 30s, early 40s, very handsome, short brown hair and very fit, proud, ultra-serious, a commando aspect. The bridge was about 25 feet across and filled with dark shiny wood and mysterious monitors. Frailey discussed the positioning of the tugs. One of the deck officers, mistaking my awe for professionalism, asked my advice about where to tie up the second tug.

Leaving the Silver, Frailey had to stop by the shipyard office to coordinate the time of the move. The man in charge said, “Once you get these big yachts in here they bleed money.” There was no avarice in his voice; he might have been saying the sun is shining. The phrase “money is no object” was repeated several times.

Someone else said that the Silver burned $16 worth of fuel per nautical mile, $256 an hour. Another said that two props for the Scout a few years ago had cost $500,000. Like the refrain of a song, it came again: Money is no object.

As Frailey took the Harbor Commander back to South Bay Boat Yard, a Navy SEAL’s Mark Five special operations craft shot by, more of a bullet than a boat, ignoring the No Wake signs. Frailey looked at it fondly. “If you can’t own a mega-yacht, you should just be a SEAL. They’ve got all the best toys.”

On the day of the move, we left South Bay Boat Yard around 6:00 a.m. on the Harbor Commander. The captain was Martin Curtin, president of Curtin Maritime, who works for Westcoast once or twice a week. At 25, Curtin is seen as sort of a boy wonder among tug captains, having started in L.A. in his late teens before he was even old enough to have an operator’s license, so when he worked he had to hire a licensed operator to accompany him. He is smart and knowledgeable, easily reeling off figures and the dimensions of various intricate bits and pieces, distances and fuel demands. Grant Westmorland and Steve Frailey couldn’t praise him enough, saying he was one of the best captains around and feeling certain that he was destined to make millions.