Curtin Maritime was contracted by the NAVFAC Mid-Atlantic Branch to deepen the Pier 11 South basin using our workhorse clamshell dredge the DB Ironbound, allowing for increased maneuverability for deep draft Navy vessels and pilot tugs. The project consisted of new dredging of Pier 11 South Berth Expansion Area and Maintenance Dredging of the outer berths of Piers 5 North and 6 North. At the time of award, the DB ironbound was docked at our home base in Long Beach, CA, requiring her to make the long journey from West Coast to East Coast via the Panama Canal, a voyage totaling over 5,500 nautical miles. Our Tug Taurus was the perfect boat to make the tow. Powerful enough to handle the barge in open water over long durations, and shallow draft enough to tend the barge on site at the Navy base during dredging operations.

The Pier 11 south dredge area consisted of approximately 135,000 cubic yards of new work to depths of 51ft and 55ft, with about half of that materiel categorized as POL (Petroleum, Oil, and Lubricants) Contaminated. This material was not suitable for beneficial reuse or offshore disposal and had to be treated before it can be disposed an authorized upland facility. All POL-contaminated digging used a Curtin Maritime designed turbidity curtain dredge cell to maintain water quality standards while digging. Once the material was placed in barge, it was then transported in barge 60 nautical miles up river to Port of Weanack where our subcontractor McLean Contracting then mixed the material with a drying agent, dried the material, tested it for suitability, and then disposed of all material at an approved upland location. The remaining 110,000 cubic yards of new work material at Pier 11 South, and maintenance material at piers 5 North and 6 North not deemed POL-contaminated was transported to the USACE controlled Craney Island where Curtin’s unloader hydraulicly pumped all the material from barge into an upland cell as beneficial reuse. The Craney Island Dredged Material Management Area is a 2,500-acre confined dredged material disposal site about 3 nautical miles from the dredge area. All dredging work on base required diligent and advanced coordination with Port Control to time openings of the Port Security Barrier for transit of dredged material via scow and to ensure normal Naval operations were not interrupted.

Once all dredging and disposal was completed, Curtin then dredged out sandy material from a borrow area in the dredge prism to cap the newly formed slope. The sandy material formed a 3ft thick capping foundation layer, which was then topped off with over 10,000 tons of class 1 rip-rap armor stone to form a 2ft thick top layer. This protective barrier will prevent any additional POL-contaminated material from sloughing into the newly deepened basin. The project was Curtin’s first construction endeavor on the East Coast, entering an unknown playing field as the new guys in town. Not only was the project completed over a month ahead of schedule, but all shareholders involved were thoroughly pleased with the final product and overall success of the project. 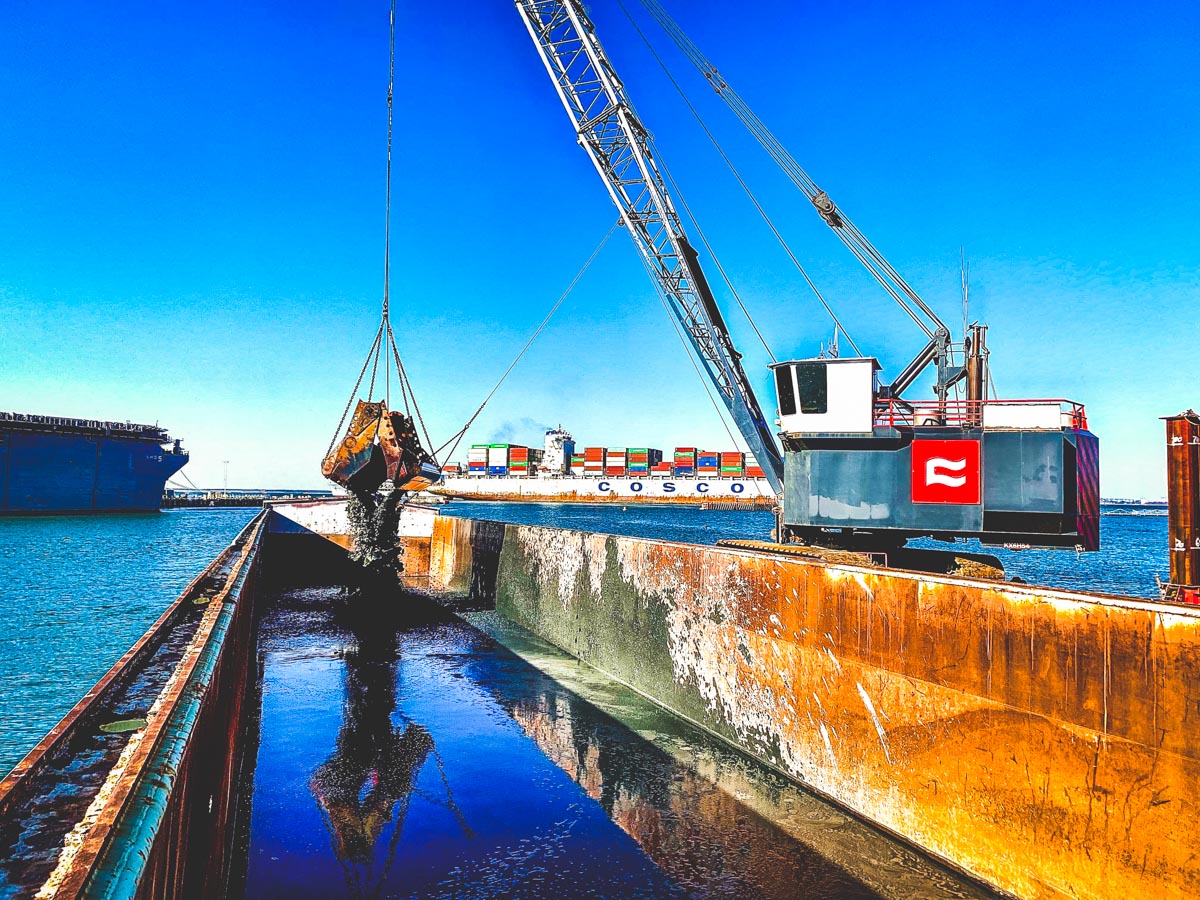 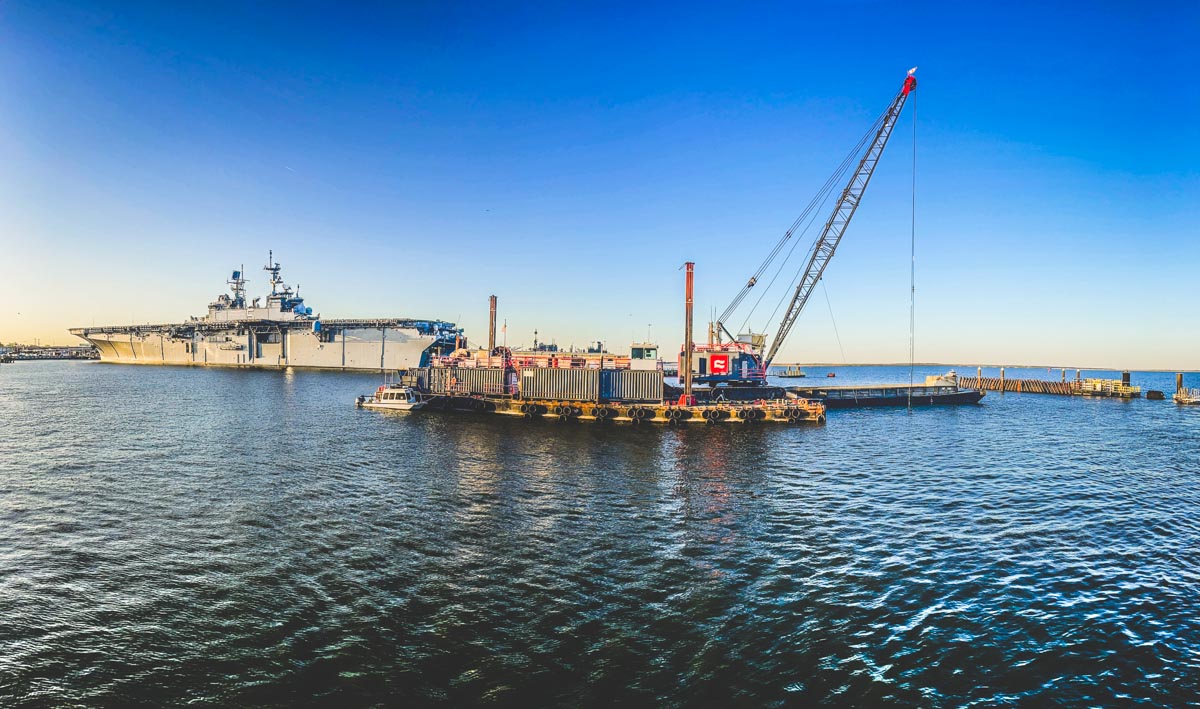 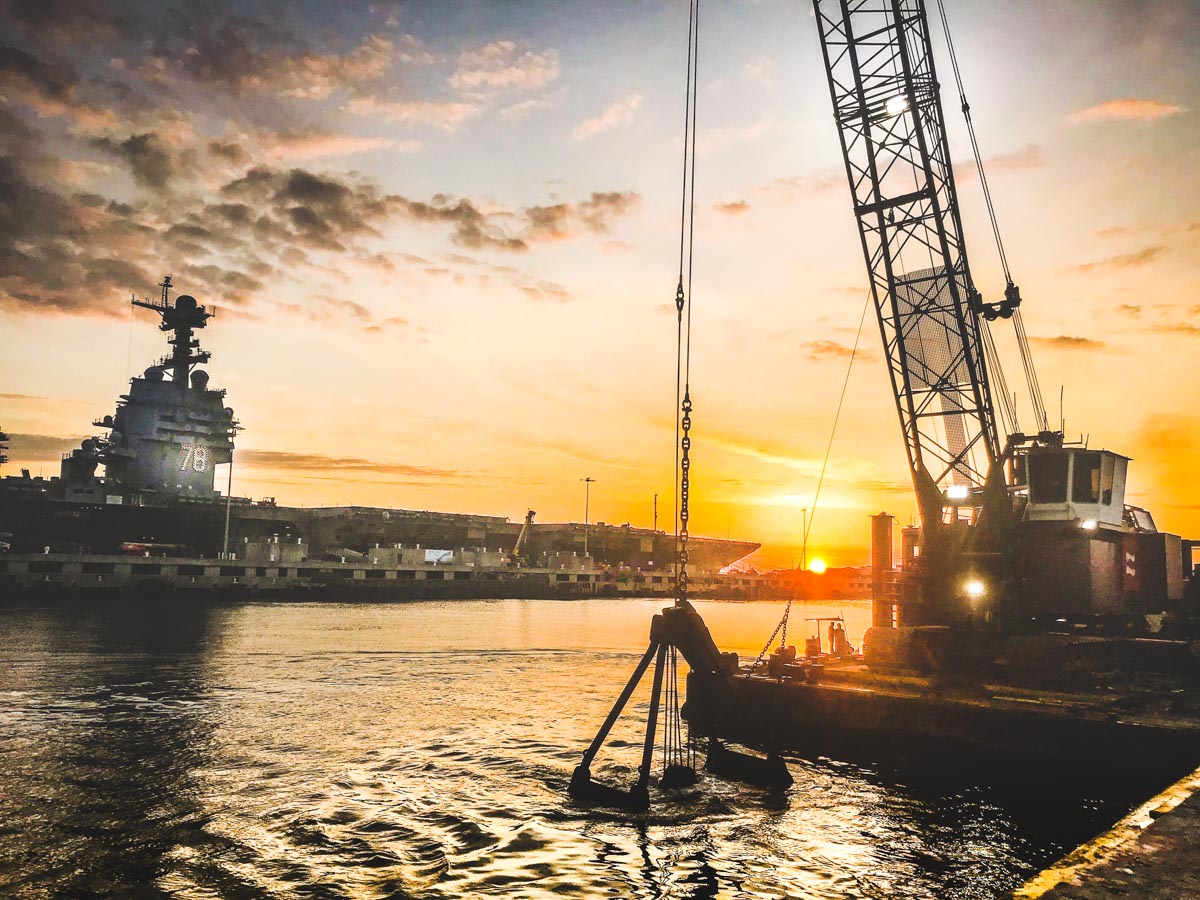 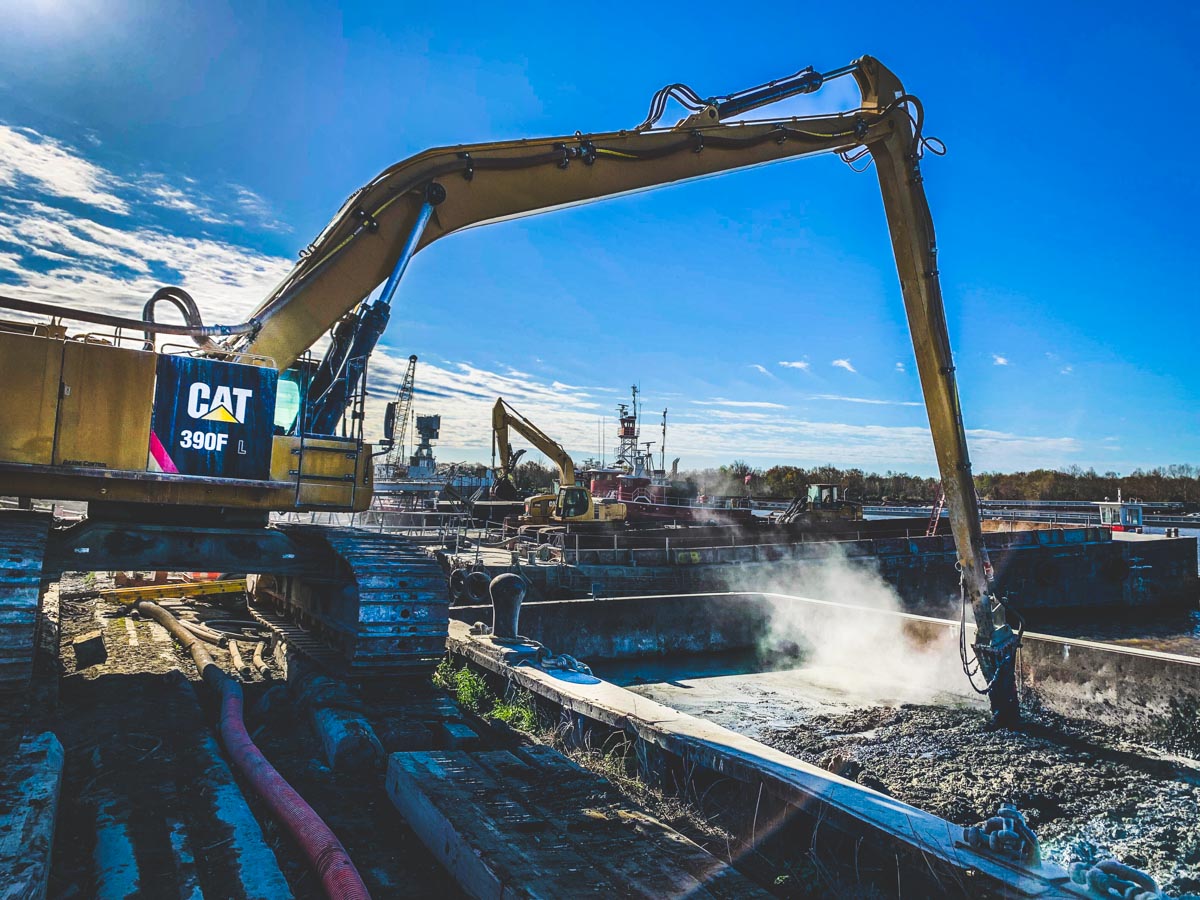 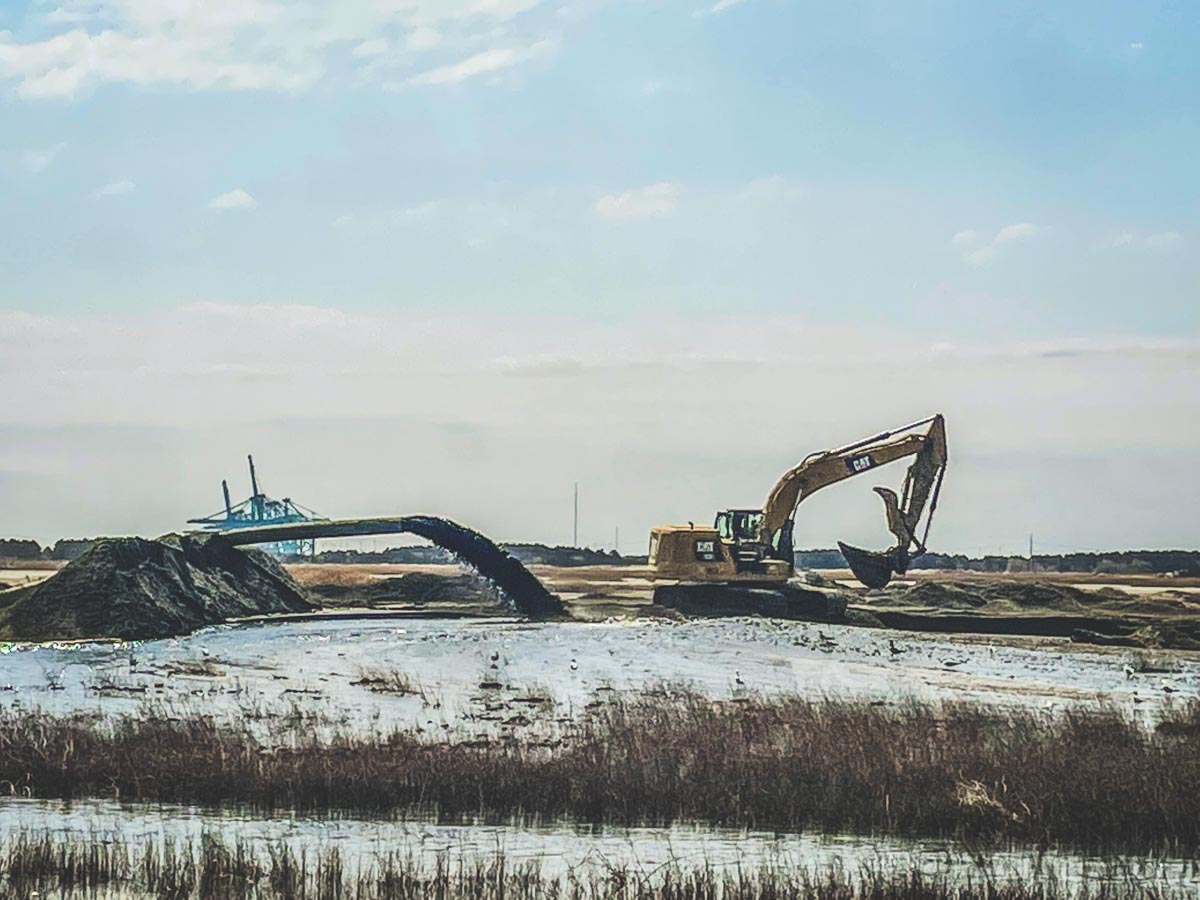 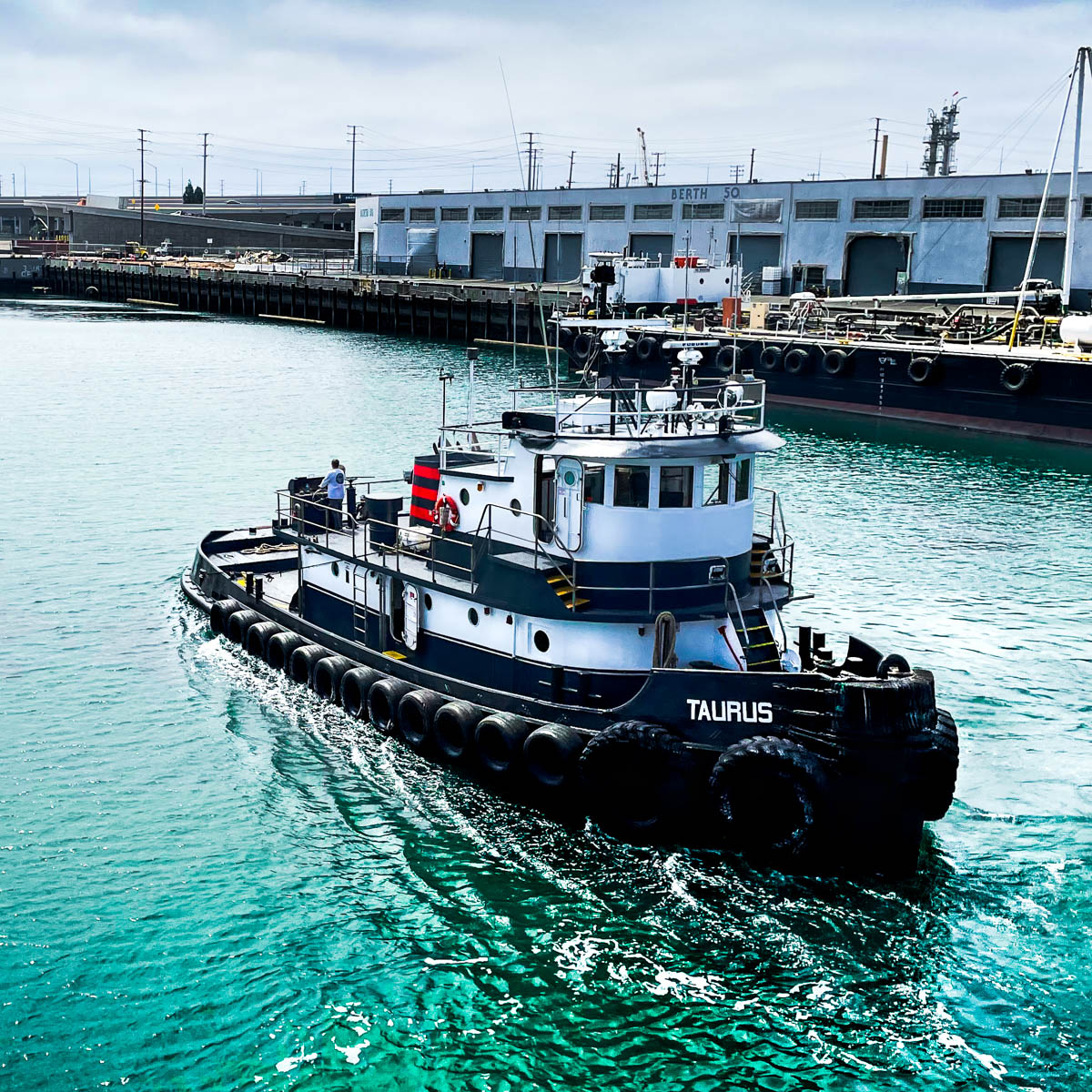 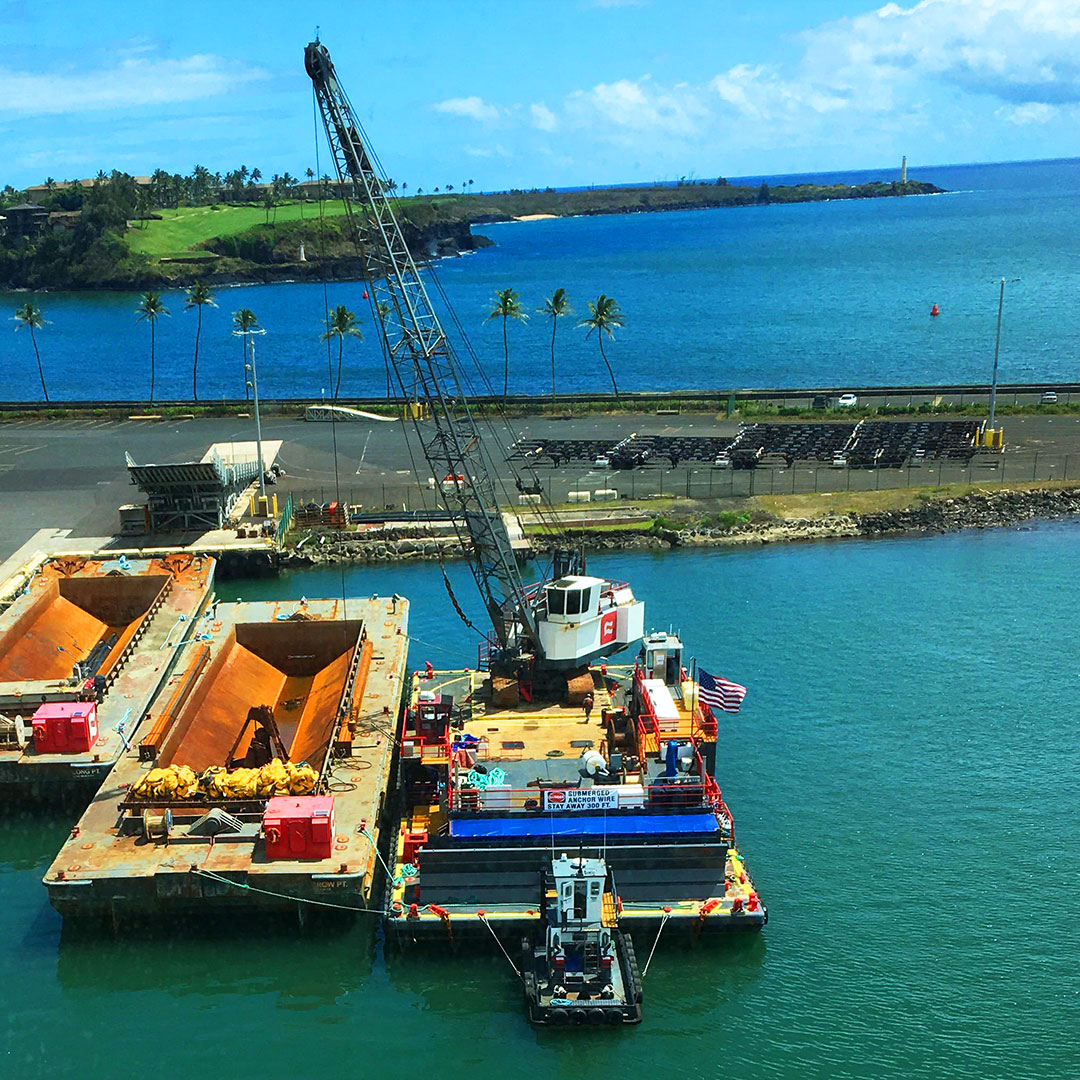