A team led by the National Transportation Safety Board has successfully recovered the wreckage of TransAir Flight 810, a Boeing 737-200 cargo jet that went down off Honolulu in early July.

Both pilots – the only two occupants aboard the freight aircraft – were injured but survived the water landing. The wreckage came to rest on an ocean shelf at a depth of about 350-450 feet, according to NTSB.

The aircraft’s insurer chartered the Eclipse Group-operated research ship Bold Horizon and the Curtin Maritime-owned crane barge Salta Verde to recover the crane’s wreckage, hoping for clues into the crash. The mission’s targets included the flight data recorder and cockpit voice recorder; the aircraft’s engines, which weigh about 3,000 pounds each; and two large segments of the fuselage.

On the morning of Oct. 12, Bold Horizon departed Honolulu for the recovery site with two NTSB investigators, two engineers from Boeing and a team of salvors. The vessel’s ROV was used to rig up the engines and the front landing gear assembly, and all three items were recovered and brought to shore on Oct. 17.

The Bold Horizon set off again the next day to recover the fuselage. The forward section, which measures 37 feet long and weighs about 15,000 pounds, was recovered aboard the crane barge on Oct. 20 and delivered to shore at Barbers Point Harbor, Oahu.

The aft section of the fuselage is about 63 feet long and weighs about 48,500 pounds empty – rising to about 60,500 pounds with four cargo containers inside. It was significantly larger and more challenging to lift than the forward section of the fuselage. After engineers and ROV operators rigged the wreckage so that the wings and tail would not break off during the lift, the aft fuselage section was hoisted to the surface and placed on the barge on Oct. 30.

“The recovery of the recorders and virtually the entire airplane represents a major step forward in the investigation,” said NTSB Chair Jennifer L. Homendy. “We are so appreciative of the collaborative efforts of the federal and state agencies, parties and contractors that contributed to this successful outcome.”?

The engines were documented and crated, and they will be loaded back aboard the barge for transport back to the mainland, where each will undergo a teardown examination supervised by an NTSB investigator.

The results of the investigation will be released within one to two years’ time.

Rhoades Aviation Inc., a division of Hawaiian freight line Transair, was the operator of Flight 810. It has ceased operating its remaining Boeing 737-200 aircraft because the Federal Aviation Administration revoked its license for aircraft inspection, citing maintenance deficiencies. The company’s turboprop aircraft operations, which are housed under a separate division, have continued unaffected. 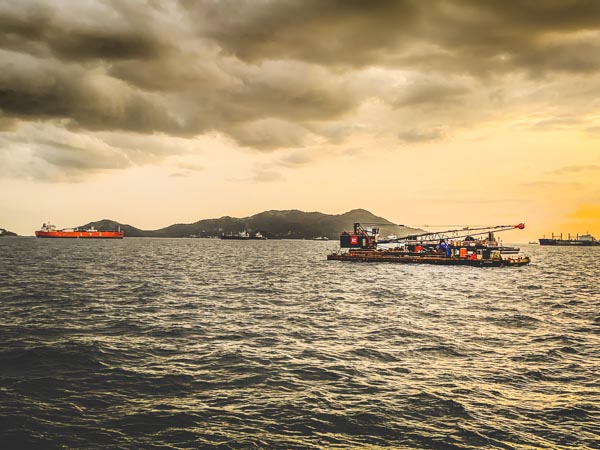 We have been awarded and are working on the Naval Station Norfolk dredging project by the US Navy!

We have been awarded and are working on the Naval Station Norfolk dredging project by the US Navy!

We have been awarded and are currently working on the Naval Station Norfolk dredging project by the US Navy! 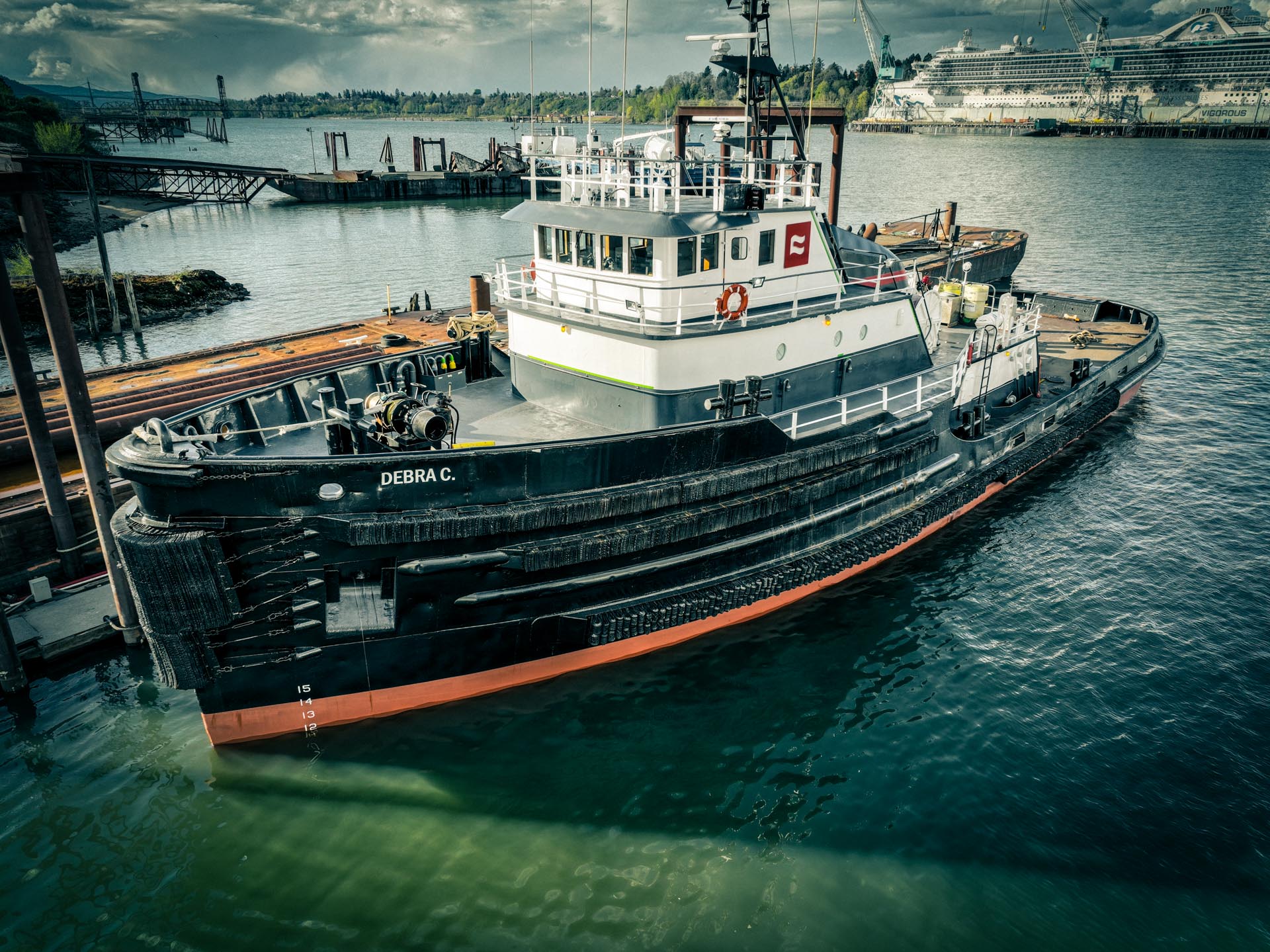 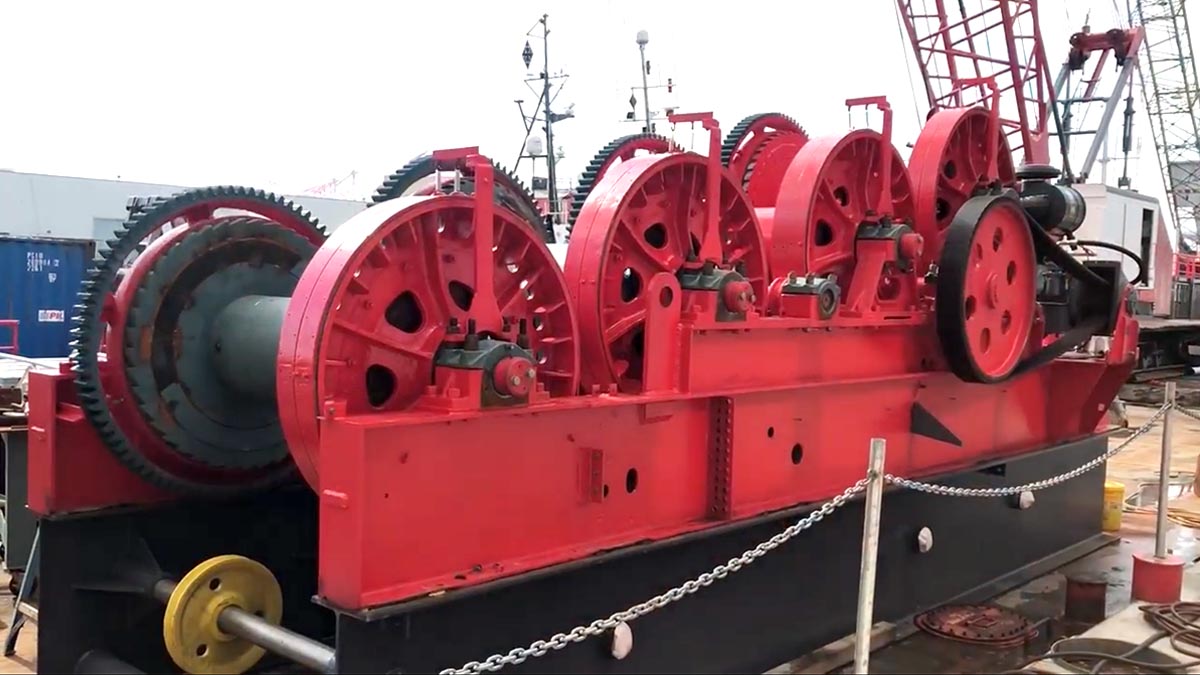 Check out this American 250 anchor winch! We found this winch after it had been stashed in a desert and unused for several years.